We would like to offer our sincere support to anyone coping with grief. Enter your email below for our complimentary daily grief messages. Messages run for up to one year and you can stop at any time. Your email will not be used for any other purpose.

Share a memory
Obituary & Services
Tribute Wall
Read more about the life story of Ann and share your memory.

“If his face is red, raise his head. If his face is pale, raise his …”; “Red on black-a friend of Jack, Red on yellow could ….”  If you can’t fill in the blanks, you didn’t have Mrs. Kurth in Westby High for health class!

If she took your hat, you should have asked for it back, her backroom was filled with them by the summer break.  She could be intimidating, but it was mostly an act she began when she first started teaching as she was only a few years older than some of her students.  She taught at Westby for her entire career, questioning retirement once she started seeing 3rd generation students.  During that tenure, she started almost every female sport in the district.  She was the coach of the first state championship team Westby ever had, gymnastics!  As subsequent championships occurred, she was upset that nobody remembered that the girls had done it first.

The real Ann was a child at heart and would have played games all day if she was allowed.  What can go wrong with long jump ropes and floor scooters? or wooden field hockey sticks?  She told people how to be careful, but didn’t always heed her own advice, “don’t high stick or someone will need stiches!” -- Ann inadvertently caused the stiches that day.  “Verify that equipment is locked out before you get on!” -- Ann proceeded to demonstrate a tuck jump and then broke her own tailbone when landing on the balance beam as it dropped from position beneath her.  Her childlike giddiness over a 6-foot diameter kickball was famously short lived as it bounced across Frem’s fields during the first class and was destroyed by the barbed wire fences that did what the chasing students could not.

She was also behind some decent pranks, but except for a designated parking space, we can’t remember many of them.  She loved that no one EVER suspected her.

Ann wanted to be a forest ranger in her younger years, but she felt the gender barrier too great an obstacle to overcome; Consequently, she wanted and demanded girls be treated as equals.  She also called things as she saw them, and then got in trouble for it, but didn’t like being called into the Superintendent’s office.

She enjoyed fishing throughout her life and loved yearly vacations on the Chippewa flowage often perched on top of the motor at the back of Bill’s boat. She also enjoyed supporting the DNR hunter safety education program.

After retirement, Bill and Ann were arbitrators for Vernon County, and she later joined city council, both of which she thoroughly enjoyed.

Ann was born in Buffalo, Minnesota 16 December 1942 to Frank and Eleanor Enos, and passed away peacefully on 23 January 2023. She was proceeded in death by her husband of 49 years, (Thomas) Bill Kurth, and is survived by her brother Jim Enos, sister Amanda Lucas, daughter, Kelly (Elgstuen), son-in-law David, grandson and granddaughter, Matthew and Amelia.  Her nearly adopted son, Bard Brekke-Mortenson and family also held a spot in her heart.

Ann was a very private person, she didn’t like to impose upon anyone, she insisted upon no funeral, or wake, or obituary…but she can’t give us a cross look for this one, so we made it quite long.  If you insist, the Westby Booster Club, or the Norse Fund can always use your support, but please not in her name -- she wouldn’t want the attention.

We personally want to thank Ann’s friends and neighbors for all the support they have provided her over these many years.  The past couple of years have been very difficult for Ann, losing many of her dear friends.  We cannot express enough gratitude for the support you have provided.

The Roth Family Cremation Center is assisting the family.

To send flowers to the family or plant a tree in memory of Ann M. Kurth, please visit our floral store. 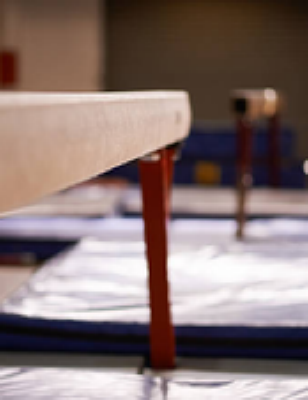 In Loving Memory Of

Look inside to read what others
have shared
Family and friends are coming together online to create a special keepsake. Every memory left on the online obituary will be automatically included in the book.

In Loving Memory Of

Look inside to read what others have shared

Family and friends are coming together online to create a special keepsake. Every memory left on the online obituary will be automatically included in the book.

You can still show your support by sending flowers directly to the family, or by planting a memorial tree in the memory of Ann M. Kurth
SHARE OBITUARY
© 2023 Roth Family Cremation Center. All Rights Reserved. Funeral Home website by CFS & TA | Terms of Use | Privacy Policy | Accessibility